A control chart uses data from a specified period to derive average and upper and lower control values. For this example we are using some CPU utilization data from a UNIX machine collected over the 4 month period January through April 2011 and delivered in a CSV file. The baseline period is January, from which we calculate average values and standard deviations for each clock hour. We can then plot our control chart and compare successive month’s average with the control to see a clear picture of change. 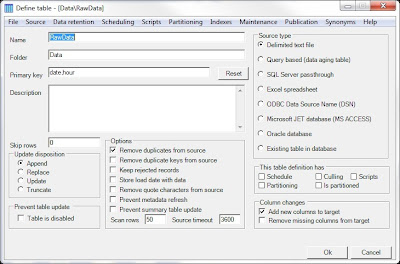 Here we see the text file definition, all that is required is the filename and a specification of the date time format. 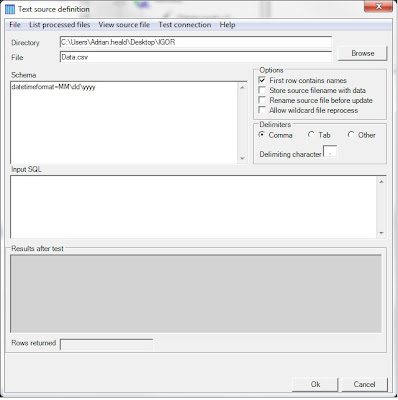 Step 2 – Import and view the data 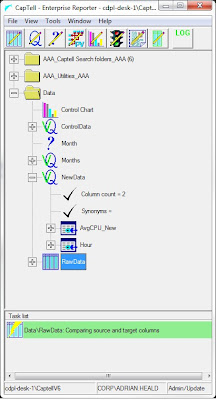 And here a view of the imported data; during the import of the data Captell automatically determines correct data types. 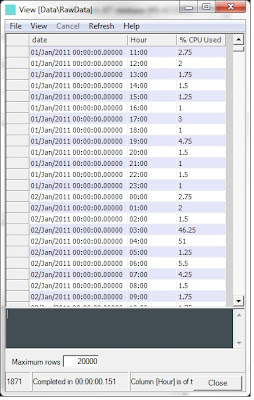 Step 3 – Create a query to calculate the base line

This query calculates the average and average +/- 2 standard deviations for data from January. 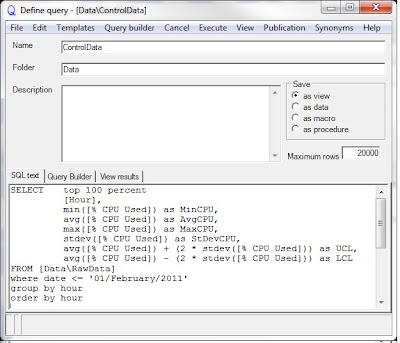 This query calculates the average CPU for each hour throughout the month selected by the Captell parameter ‘Data\Month’. 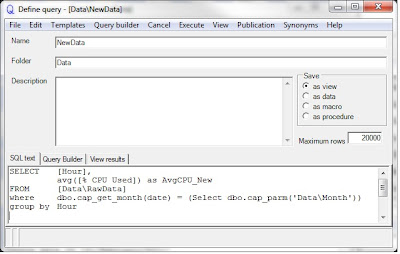 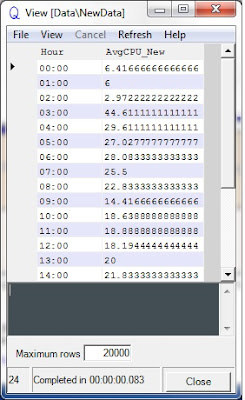 Step 5 – Create a chart to combine the two queries 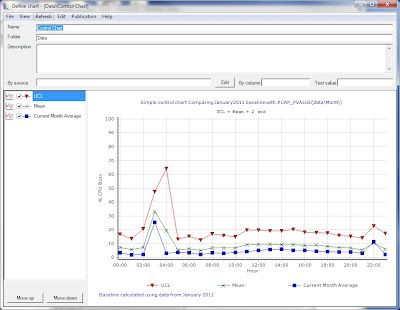 Step 6 – Change the parameter to compare a different month

Here we can see the parameter changed to April and the resultant chart. The blue line with the square symbols shows the average hourly data for April, mostly above the upper control limit and all but one hour above the January mean, indicating a substantial increase in utilization. 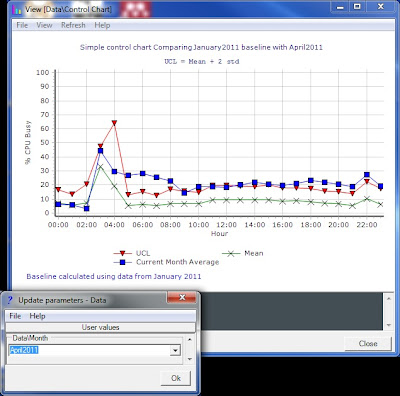 (Posted with the Adrian's Heald permission)